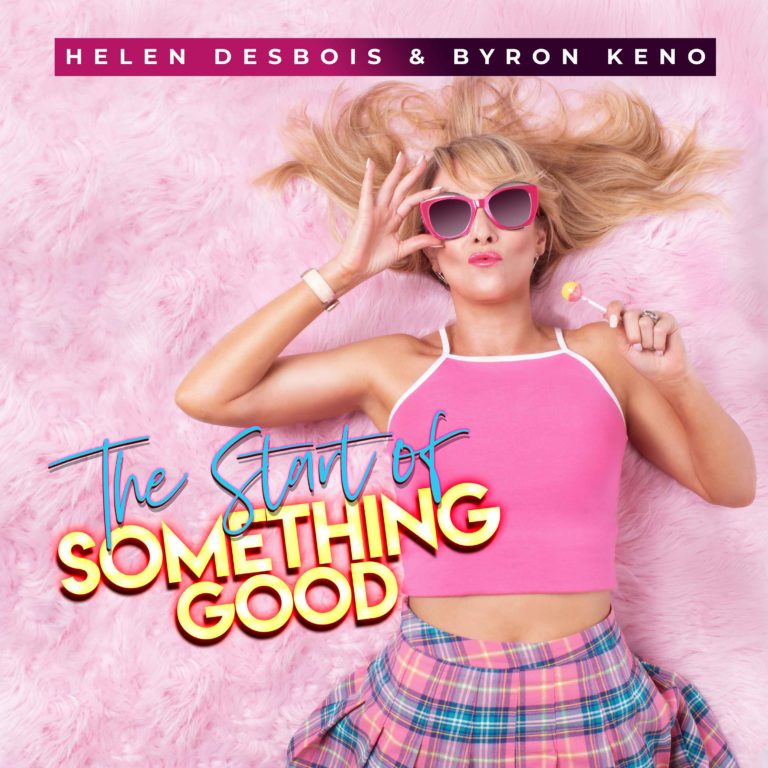 Fifteen years after the release of her debut SAMA-nominated single ‘Anything’, Helen Desbois made a musical comeback with her smash hit single ‘Like I Need You’ back in 2016. The single was subsequently followed up by ‘Wind Up Girl’ in 2017 and now, Helen returns to her pop roots as she teams up with Byron Keno for her brand-new single ‘The Start Of Something Good’.

The song is a step in a new direction for the star as Helen continues to prove that she is the queen of reinvention. On the new single, she dabbles with various EDM and pop elements to create a current, radio-friendly single while showing off a side fans may not have seen from her yet.

The track was produced by the legendary Byron Keno who also adds subtle vocal elements to the track. Byron is a major player in the South African music scene and has produced hits for artists like Gerhard Steyn, Nicholas Louw, Ray Dylan, Juanita du Plessis, Nianell, Dozi, Snotkop and famously produced David Hasselhoff and Patricia Lewis’ 2008 collaboration ‘As I Am’.

Helen reveals that the single is inspired by change and how important it is to embrace the inevitable. “The song is inspired by new beginnings and the feeling of being in love – with a spin on soul connections. The track has this feel-good, happy vibe to it and I had so much fun working alongside Byron on this song.  We really created magic with a perfect synergy of beats and lyrics. I am confident that ‘The Start Of Something Good’ is the first track of many from the Desbois/Keno writing team. We plan to work on some new ideas in the near future and I have never been more excited about what the future has in store.”

Helen and Byron are long-time friends and the two were thrilled to finally work together. On the collaboration, Bryon says that “Helen is a creative and is totally in tune with whatever song or idea you present her with. Her sense of melody and phrasing is world-class and her voice is totally made for pop music. Working with Helen is always a pleasure.”

The single will also see Helen making her international debut as she plans on releasing the song as a summer single in Europe later this year.

When not making music, Helen explores another passion of hers – radio. She can be heard on Mix FM’s breakfast show every morning alongside Tony Blewitt.  Furthermore, she received an MTN radio award in 2012 and a Liberty radio award in 2018. Helen also received an Artes Legends award for her contribution to the arts in South Africa and last year, Helen won the prestigious Woman Of The Year in Media award.

Download or stream ‘The Start Of Something Good’ here: http://smarturl.it/HelenDesbois