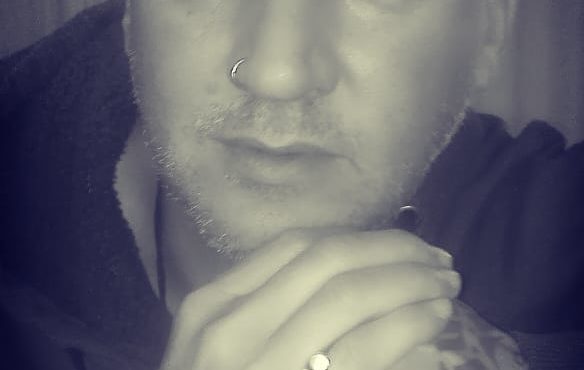 Emerald Jupiter Rain has an extensive career in the music industry, mostly as a reluctant musician, finding his way behind the scenes, penning songs for prominent artists in the business and performing on stage with his previous band Random.

Emerald Jupiter Rain is Mark Buckingham, a highly skilled and experienced artist trained in Flamenco and Classical guitar and Opera. However his true ambition has always been the ever-persistent pursuit of the perfect love song and the perfect lyrics.

To pursue this, he set out on a path of observation of the joys and hardships in public relations and became more and more enlightened; birthing even better lyrics.

At the age of 16 he had opera training with Dawie Couzyn but it was too over developed as far as vocal projection went and after a few staged performances he retreated and took to playing bass guitar and writing lyrics in a band called Random in 1990.

He was never satisfied with where any of his songs’ lyrics were at even when sharing stages with top SA bands like Watershed, Mean Mr mustard, Wonderboom.  Not just a songwriter, but a man of many talents, Mark directed the music video for watershed’s Indigo Girl, giving it the special touch it needed to make it one of the Top singles this country has seen.

He never recorded simply because he was not ready until after a nervous breakdown in 2001 and hospitalization when suffering had to be overcome and the wisdom born from this experience had him ready to record demo after demo not necessarily for himself but for other artists as well.

Each song has been written with some artist in mind and are all in the pipeline to be produced. Currently there are 34+ songs on all the music platforms worldwide and it’s just a tip of the iceberg.

“Overcome your suffering as it’s a noble task” is his motto.

Emerald Jupiter Rain tugs at the heart strings and pulls at the roots of suffering with these 2 beautiful love songs – Cliché and Diamonds and Gold.

Cliché is a stand alone single by Emerald Jupiter Rain on lead vocal and guitar, Tulla Eckardt on backing vocals and Ben Amato on percussion. A beautiful homely and poignant music video accompanies it, showcasing the real vulnerability in Jupiter Emerald Rain

Diamonds and Gold is off the full-length same titled album and is Emerald Jupiter Rain on vocals and guitar. Wendy Oldfield on backing and Ben Amato doing the fills and frill.

Diamonds and Gold and Cliché are out on all streaming platforms.